California designer Yvonne Poon is the creative force behind Gamer Babe Designs. In addition to being a knitter and a designer, Yvonne is a tech editor.

This maker's artistry has the following features. To see other makers in this database who offer the same features, click the links below. Inventories and links change frequently, so Yarn Database will always be a bit of a UFO. Do you have a minute to offer corrections to this information? 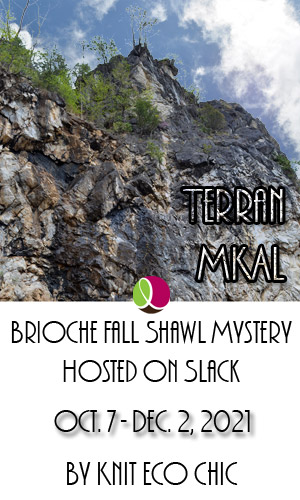 Tania Richter, aka AetherFang, is a double knitting designer with a penchant for the fantastic. She started designing double knitting patterns in college in an attempt to stave off the cold Midwestern winters and now focuses on designing large scarves and shawls featuring dragons, phoenixes, and Celtic designs. Tania is also the author and designer behind Epic Knits, and is the creator of Yarn Quest – Heroes of Yarnia, the first Knitting Role Playing Game. In her spare time she enjoys video games such as Pokemon and Monster Hunter, writing novels, and her second job as a fantasy artist. Tania’s patterns are available on Payhip and LoveCrafts.

Patrons in the Sport Weight tier and up can add their site and a favorite to this space. See the Patrons page for more about the Yarn Database Patreon.

Yarn Over Floyd, situated in Virginia’s Blue Ridge Mountains, uses only natural dyes. Owner Siobhan also runs a farm, and the website is full of photos and stories about the animals and other adventures. Siobhan loves to forage around the farm, collecting spent flowers, weeds from the roadside, and anything else to produce a beautiful color. Yarn Over Floyd also sells handmade crochet hooks and crochet patterns.